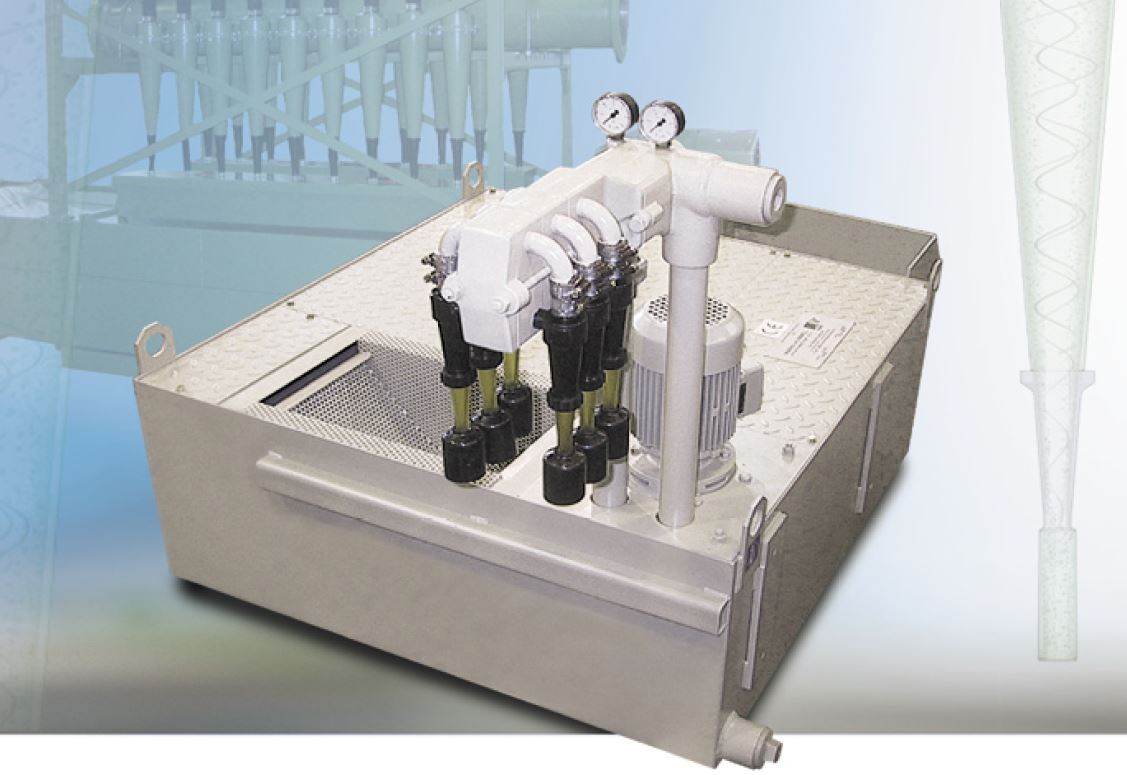 The Hydro-cyclone is a centrifugal separator with which, by utilization of the centrifugal force, the simplest and most effective separation of solid matters from liquids is achieved.
Hydro-cyclone coolant purifying systems are operated wherever heavy dirt particles have to be separated from liquids of low viscosity. 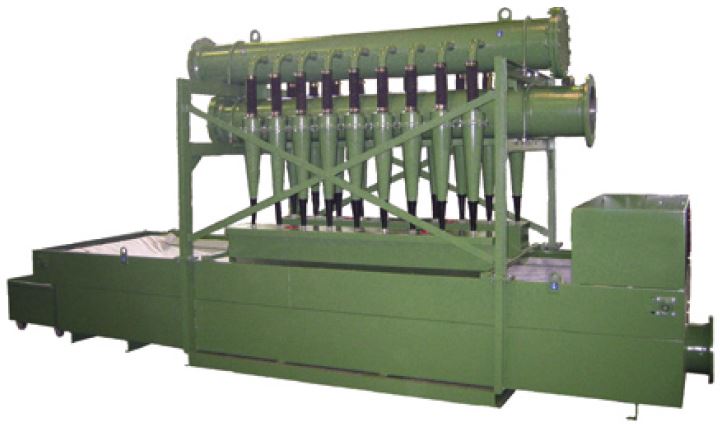 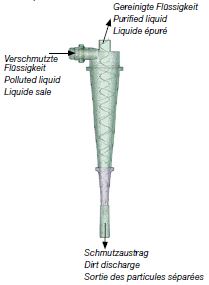 With a pressure of 1.8, 1.9 or 2.2 bar (depending on the type), the liquid to be purified is delivered through the inlet nozzle into the cylindrical part of the hydro-cyclone. Due to the tangential arrangement of the inlet and the high velocity of flow, a rapidly rotating primary vortex is formed whose rotational speed is continuously increased with the diameter of the cyclone upper part decreasing. Due to the high speeds, considerable centrifugal forces act upon the dirt particles which are thus pressed against the walls of the cyclone and discharged through the lower nozzle, together with a small liquid quantity.
Owing to the reduction of area in the cone-shaped casing, the resistance to flow is increased due to which fact the moving direction of the primary vortex in the lower part of the cyclone is reversed.
The secondary vortex thus developed runs - in equidirectional turns - upwards through the immersion tube into the clean-water line. Inside the secondary vortex, there is and air core which ventilates the coolant thus having a antiseptic effect. 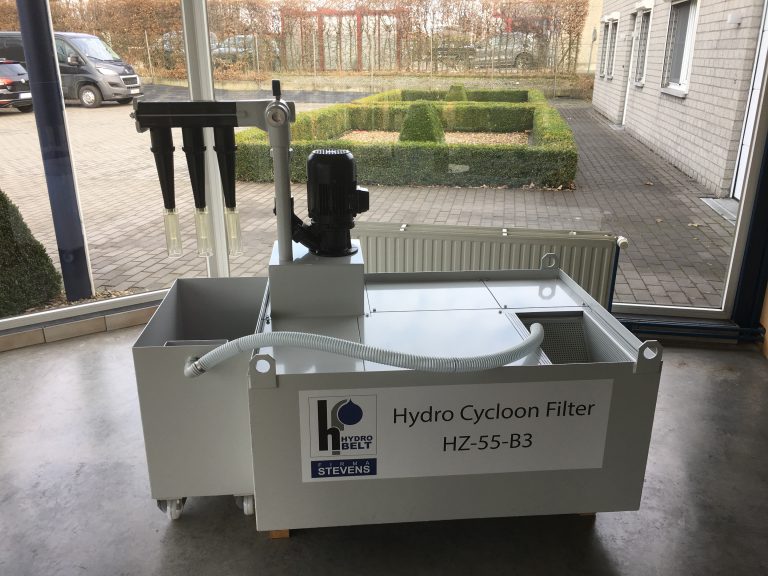